A strange anomaly was spotted over a beach in Fort Lauderdale, Florida. On video footage we can see the object that hangs in the air and performs unusual maneuvers.

In this particular case, we are unable to determine what we are dealing with. Some people think that it is CGI, but others suppose that it may be a UFO or a military drone. This object changes the height of the flight every so often, so it is possible that the military tested a jetpack.

It is worth remembering that the state of Florida hosts 21 military bases and it is a hotbed for military activity. The object observed above the beach can be an advanced military technology.

Our civilization is threatened by various disasters that may come in the near future. The fall of a large asteroid, a powerful explosion of Yellowstone supervolcano or nuclear war are one of the biggest threats to the humanity. But there is also a quite real threat that is largely downplayed – a zombie apocalypse.

It would seem that the zombie apocalypse is only a creation of horror movies and has nothing to do with reality. So we will worry you - it's the real deal. What's more, it seems that there were already some preparations for this kind of apocalypse.

In 2011, Hornady Manufacturing Company, an American manufacturer of ammunition and handloading components released a special kind of ammunition. This product is intended only to be used on zombies.

Another strange fact – in 2012, the US was rocked by mysterious cases of cannibalism. The attackers first killed the victims and then ate their organs. There were rumors that narcotics were responsible for strange cases of cannibalism. Some terrified people thought the zombie apocalypse was coming. The government calmed them down and pointed out that zombies do not exist. However, by strange coincidence, in 2013 University of Michigan conducted an exercise with simulated zombie attack. So zombie do not exist, huh?

Even the Centers for Disease Control and Prevention agency (CDC) posted on the website educational guide, which aims to increase the chances of surviving in the event of various threats, including zombie apocalypse: https://www.cdc.gov/phpr/zombies/#/page/1

Jonathan D. Dinman, PhD, Professor in the Department of Cell Biology and Molecular Genetics at the University of Maryland said in 2015 that the so-called Zombie Virus already exists in the form of rabies. „Infection is nearly 100 percent lethal, i.e. it turns you into the walking dead (for a while at least), and it causes you to change your behavior by reprogramming you to bite other people to spread the infection. Now if only it kept the corpse walking around,” said microbiologist. Rabies virus would have to go through a mutation to control brain of the victim and force him to bite other people, i.e. to spread further, rather than killing him. 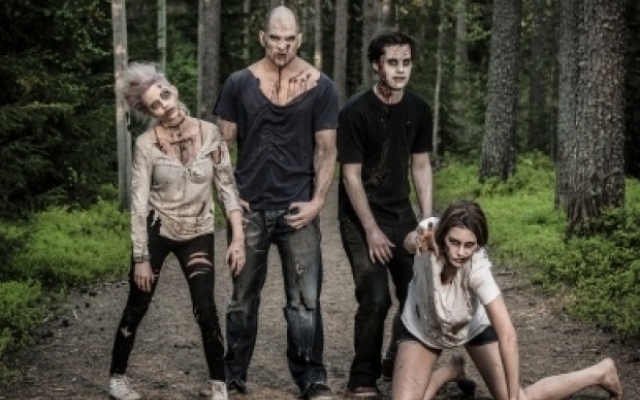 Therefore, as we can see, the zombie apocalypse is possible. The rabies virus is a good candidate for so-called Zombie Virus. It's mutation can lead to a very serious global pandemic. But probably the most effective treatment for this kind of disease will be a shot in the head - as we saw in the movies.